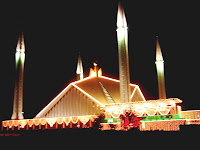 Examiner contributor Dianna Narciso gets into this important topic in the news offering a "rational" perspective here.
Newt Gingrich offers his here.
"Stop Islamization" activist (including, Sarah Palin) objections (refutations) are duly noted here.
Meanwhile, The Chicago Tribune's Steve Chapman offers his subjective insights and comments on the matter here.
If Elena Kagan's nomination to the Supreme Court is stopped, some believe that will solve the problem as noted here.

As usual lately, the folks at The Washington Post blog "On Faith" seem to cut right to the heart of the matter.

Director of International Operations at the American Center for Law and Justice and human rights attorney Jordan Sekulow writes here:

"If American Muslims truly wanted to build a center devoted to peace and understanding, why would they back a radical Imam who is committed to bringing Shariah law to the United States?"

A voice of moderation with an appeal to the American pluralist conscience comes from Michael Ghouse in The Huffington Post here.


He writes in part:


"[I] urge the passionate neocons to become ambassadors of peace in mitigating conflicts and nurturing goodwill. It will not make them as much money, but they will be able to sleep in peace. We all need to work for a safe and prosperous America with a focus on social cohesion and removing the division and wedges between us."

As the real William Shakespeare wrote once upon a time:

Who can refute that?
Posted by Peter Zoehrer at 21:18