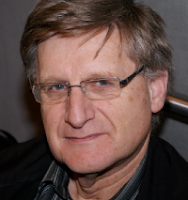 Human Rights Without Frontiers is concerned about the misuse of the law against religious extremism in Russia which has led to the prosecution of numerous peaceful groups which do not threaten public order, social peace or national security.
A court in the far eastern town of Komsomolsk-on-Amur has ordered a local internet service provider to block access to the international Jehovah's Witness website http://www.watchtower.org. The court ruled that magazines posted in Russian on their website violate the integrity of the Russian Federation and "incite social, racial and religious discord".
A nationwide state campaign directed against Jehovah's Witnesses began in early 2009. It intensified when the Supreme Court upheld Rostov-on-Don Regional Court's earlier ruling which outlawed 34 Jehovah's Witness titles as extremist and dissolved the local Jehovah's Witness congregation in Taganrog.
Three criminal cases have already been opened against individual Jehovah's Witnesses in connection with alleged extremist activity, accusations the accused vigorously deny.

Similarly the targets of a nationwide campaign are readers of the works of the Turkish Muslim theologian Said Nursi, many of whose works have also been placed on the Federal List of Extremist Materials.
The List, which runs around 700 titles, contains items whose preparation, distribution or storage with the intent of distribution is banned across Russia.
The European Parliament is also concerned about the misuse of the law on extremism against religious minorities.
On 15 November 2010 a conference on this issue was co-organized by MEP Dennis de Jong and Human Rights Without Frontiers.
Moreover, on 29 November, the Sub-Committee on Human Rights invited a representative of the Moscow-based SOVA-Center and a representative of the Paris-based FIDH to brief the members of the Parliament on the law against extremism.
Last but not least, the European Parliament Annual Report on Human Rights in the World targets the misuse of the anti-extremism law.
Human Rights Without Frontiers calls upon the Panel of Experts of the OSCE/ODIHR to carry out an in-depth expertise of this controversial law and its implementation.
Human Rights Without Frontiers recommends to the Russian authorities
Posted by Peter Zoehrer at 01:57