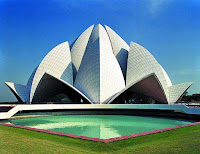 Tehran, Iran - The Baha’i International Community expressed its deep disappointment with Iran’s refusal to adopt recommendations made by the UN during Iran’s Universal Periodic Review (UPR). Iran’s Secretary General of the High Council for Human Rights, Mohammad Javad Larijani, brazenly rejected a number of the council’s key human rights concerns and accused the Baha’i International Community of acting on behalf of Western powers.
“We are deeply disturbed by the Iranian government’s refusal to accept basic recommendations concerned with ending injustice, persecution and discrimination in that country,” a representative of the Baha’i International Community said at the meeting.
The UPR recommendations aimed to end discrimination against Baha’is and the Iranian government’s repression of the community, among many other recommendations about human rights in Iran. Specifically, the council called on Iran’s government to do away with policies restricting Baha’i access to universities and official lists barring Baha’is from pursuing twenty five different professions.
Despite the statements of 26 states urging Iran to account for their human rights violations against the Baha’i community, Larijani flatly denied many of the allegations. “Baha’is enjoy full civil and citizenship right[s] in Iran… The government is supporting all of their economic activity. They go to school, they go to universities …I can name for you more than 200 students at universities,” he told the council last Thursday.
The findings of the Human Rights Watch would suggest otherwise.
One Human Rights Watch report detailed how the Iranian government had denied some 800 students access to their school transcripts. The students had logged onto their student accounts only to be informed that their transcript was “incomplete.” Students complained that school officials had ignored their efforts to address the issue.
The Baha’i religion is not recognized by government authorities and Baha’i’s face severe consequences for the practice of their faith, which the government has characterized as participation in cult-like activity. The roots of this discrimination can be traced back to the Iranian government’s interpretation of the Baha’i faith as a divergence from Islam and its practitioners as a heretic sect.
“One thing we are against and we are not going to hide it, we are against any cult type, sect type activity. Even if it is a Shiah sect we will ban them… This is the main accusation of [the Baha’i] people who are right now under pursuance of law,” Larijani contended.
Moreover, Larijani rebuked the Baha’i International Community, accusing them of parroting the United States. Such allegations are not new. Just like the government’s efforts to undermine the Green Movement by painting it as a stooge of the “foreign agents,” their accusations against the BIC ring just as hollow.
Government officials have suggested the Green Movement is a Western ploy. They have accused various Western countries of staging the death of Neda Agha-Soltan. Her tragic death, caught on video, during the 2009 presidential election protests has became a visible symbol of the Iranian government’s repression, but sadly, there are dozens or hundreds of similar situations throughout Iran that could resonate just as strongly. The abysmal treatment of the Baha’is is one of them. 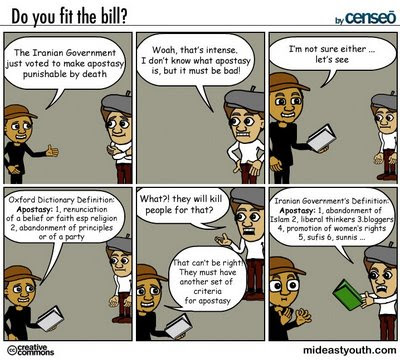