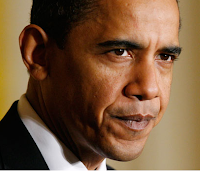 Alexandria, VA (October 20, 2010) - THE INSTITUTE on Religion and Public Policy is deeply disappointed President Barack Obama has decided to opt out of an expected visit to the Sikh Golden Temple, one of India's holiest shrines, out of fear that wearing the requisite headgear might make him look like a Muslim.

"The Obama Administration has an abysmal record on international religious freedom issues. This could have been an unique and historic opportunity for the president to stand in the holiest shrine of an often-discriminated religious minority and to speak for the rights of all minorities around the globe," commented THE INSTITUTE's Founder and Chairman of the Board, Joseph K. Grieboski.

"By turning down a visit to the Golden Temple, President Obama disappoints not only the global Sikh community, but also every religious minority in the world who saw his visit as a demonstrable sign of support for their rights," continued Mr. Grieboski. "Instead of standing for religious freedom and against religious intolerance, President Obama has caved in to an ignorant minority in the United States who hide behind a conspiracy theory that he is a Muslim."