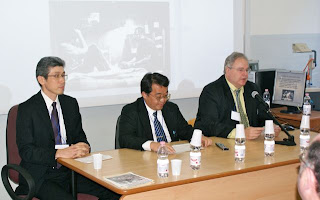 Speaking to the Center for Studies on New Religions (CENSUR), Dan Fefferman, President of the International Coalition for Religious Freedom, urged religious scholars from Europe and North America to conduct independent investigations into the kidnappings and forced de-conversions of Unification Church members in Japan.

CESNUR is the world’s premier gathering of scholars dedicated to the study of new religions and religious minorities. Approximately 150 scholars attended the conference, held in Turin, Italy at the University of Turin.

Fefferman reported to CESNUR attendees that 10 to 20 Unification Church members are currently victims of forced de-conversions each year in Japan. Two new victims were abducted against their will during the month of August, and several more church members remain missing.

While so-called “deprogramming” has been eliminated in the United States for nearly 20 years, there exists a well organized movement in Japan to kidnap Unification Church members and hold them against their will for months or even years at a time.

Most Japanese government officials turn a blind eye to the human rights abuses, and police refuse to investigate in part because there are not enough independent voices demanding justice.

In the United States, American citizens are being encouraged to sign a petition for Congress to hold hearings on Japan’s human rights violations. Specifically, the hearing would be held by the Tom Lantos Commission on Human Rights, co-chaired by Rep. James McGovern (D-MA) and Rep. Frank Wolf (R-VA).
Posted by Peter Zoehrer at 17:37