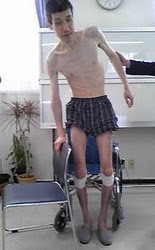 The deprogramming operations in the US or Europe ceased in 1980s when the deprogrammers such as Ted Patrick found themselves in jail. In Japan, 4300 Unification Church members have been victimized by this deprogramming practice since 1966. And it's ocurring in Japan even now.

It was announced on Feb 3, 2011, that Mr. Goto filed civil suit in Tokyo District Court demanding damage compensation of 200 million Yen  (= US$2.4 Million) against a deprogrammer Takashi MIYAMURA, a Christian Minster Yasutomo MATSUNAGA and relatives.
Mr. Goto (picture–right) was confined for 12 years and 5 months (Sep.11, 1995 - Feb.10, 2008) against his will in an attempt to abandon his faith.
The Tokyo Prosecutors Office failed to indict the deprogrammers in Dec 2009. Insufficient evidence was the reason.   The Tokyo No 4 Committee for the Inquest of Prosecution decided on Oct 6, 2010 that the Prosecutor’s Non-Indictment decision was appropriate. This ended the chance of criminal trial.
Mr Goto is now seeking civil trial.
In America, civil cases had stronger impacts than criminal cases.
In Eilers case, the grand jury dismissed all the charges brought against deprogrammers.  But in the civil case in 1984, the judge stated that “there is no question that the plaintiff was actually confined”.
In Scott’s criminal case (1993), the deprogrammer Rick Ross ended in acquittal.  But in the civil case (1995), Scott was awarded almost US5 million in damage compensation and punitive compensation from deprogrammer Rick Ross, his assistants and CAN, which brought CAN out of business.
Information Source:
http://kidnapping.jp/news/20110203.html
http://www.religiousfreedom.com/index.php/index.php?option=com_content&view=article&id=483:the-rise-and-fall-of-deprogramming-in-the-united-states&catid=47:deprogramming-issues
http://en.wikipedia.org/wiki/Jason_Scott_case
http://mn.findacase.com/research/wfrmDocViewer.aspx/xq/fac.%5CFDCT%5CDMN%5C1984%5C19840306_0000010.DMN.htm/qx
Posted by Peter Zoehrer at 15:37