"Kidnapping and Confinement in the Unification Church" – SBS Video Aired in Seoul, Korea

"Kidnapping and Confinement in the Unification Church"
Aired on SBS at 11PM Seoul, Korea time on October 6, 2010

People are shocked as cases of oppressive kidnapping and confinement are recurring continuously and systematically within the Unification Church. Unification Church members are having their human rights violated as they are violently coerced to renounce their faith while forcibly confined by their families and a large and organized kidnapping force that uses the families and has ties with Christian ministers and others.

or here: http://www.familyfed.org/news/index.php?id=184&page=1&apage=1
or here: Kidnapping and Confinement in the Unification Church – Kiyomi Returns Home after 13 Years from UC on Vimeo.


To this day, Japanese wives are unable to visit their parents' homes due to concerns and fear of a second or third abduction. A considerable number of them show signs of posttraumatic stress disorder (PTSD).

There are a total of about 7,000 Unificationist Japanese wives currently residing in Korea. Around 300 of them claim to be victims of kidnapping and confinement. It is expected that there is a larger number of unaccounted victims. 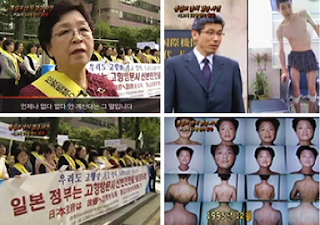 On SBS's Pursuit of the News on October 6, 2010, a focus report on the reality of inhuman and anti-religious human rights violations against Japanese Unificationist wives living in Korea was aired. Moreover, they covered a disclosure of the inside of the Unification Church.

The viewing rate of the focus report was 11.8%, which is double the average viewer rate of other programs, ranging from 5-7%. The reaction to SBS from viewers on the internet also went through the roof. With a normal response of 300 comments, this SBS program received over 7000.