Is the U.S. Commission on International Religious Freedom going to disappear in 2011? That is when it's set to sunset under its authorizing legislation. 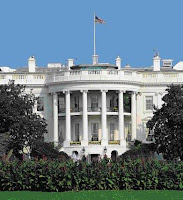 The agency, an independent commission charged with pressing the U.S. government to include religious freedom in its foreign policy, has been struggling recently. Its executive director quit abruptly after less than a year on the job, and sources say some of the eight members of the panel aren't exactly hitting it off. Sources say there is a lot of tension, a claim commission Vice Chairman Michael Cromartie denies. It's more that commission members feel strongly about the subject of religious persecution, he said.
"Sometimes people bring strong emotions and strong opinions to the table. . . . Understandably, passions can run high," Cromartie said.
Read more ...